Some Tips on Choosing the Best Varmint Caliber

As coyotes continue to push into available habitat and become a more visible—and in some cases disturbing—sight to deer, turkey and waterfowl hunters, interest in hunting them and other furred critters continues to climb.

And why not? Not only does the hunter see these creatures as competitors for the game animals they wish to keep in abundance, but the varmints also present an opportunity for additional time in the woods by hunting them year-round in most places, night in most places and can sometimes even get them access to lands that would otherwise be closed to them for other types of hunting.

For most hunters, they begin predator hunting with whatever rifle they may already have. Certainly, most calibers suited to deer-sized game will easily take down a coyote or similar creature. But often, it may also be overkill and certainly not offer the best performance. So, it isn’t long before they start looking for a better suited rifle chambered in a better suited caliber. Here’s some of the top choices for today’s predator hunter. 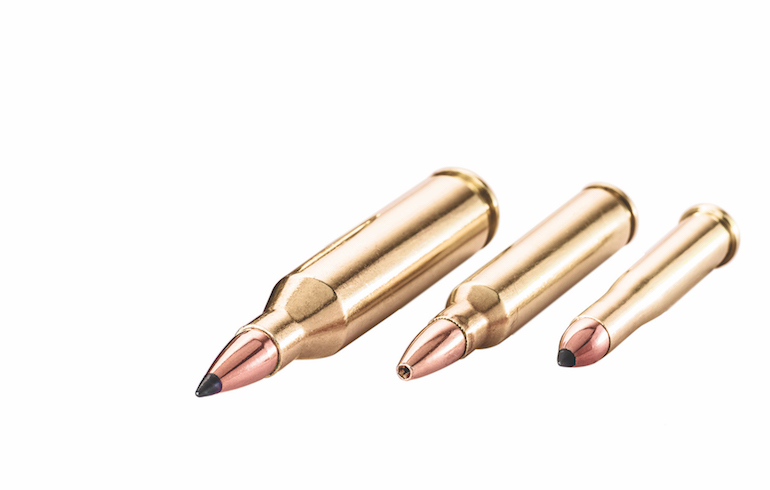 This light, but speedy, rimfire load is made from a necked down .22 WMR case capable of holding .172-inch bullets. Seventeen-grain bullets fly at 2,550 fps capable of dotting a prairie dog out at 200 yards. Pros and cons of this load? The bullet delivers plenty of shock on smaller varmints and won’t run fur, but it is affected more by wind at longer ranges.

The latest rimfire to hit the market, only being a few years old, the 17 Winchester Super Magnum is billed as the fastest rimfire on the planet. Capable of pushing a 20-grain bullet at 3,000 fps, this is easily a 300-yard cartridge delivering near small centerfire performance (at a rimfire cost). The round is capable of taking down everything from prairie dogs to coyote-sized predators.

The .22-250 is accurate, fast and delivers devastating performance at long ranges. It is capable of sending a 55-grain bullet from the muzzle at 3,700 fps. A relatively flat-shooting cartridge, hunters with skill regular make shots out to 400 and 500 yards with the cartridge on small game—some hunters even farther. It is billed as one of the fastest production cartridges available with some loads capable of sending down the barrel in excess of 4,400 fps. It’s a definite favorite among serious varmint hunters. 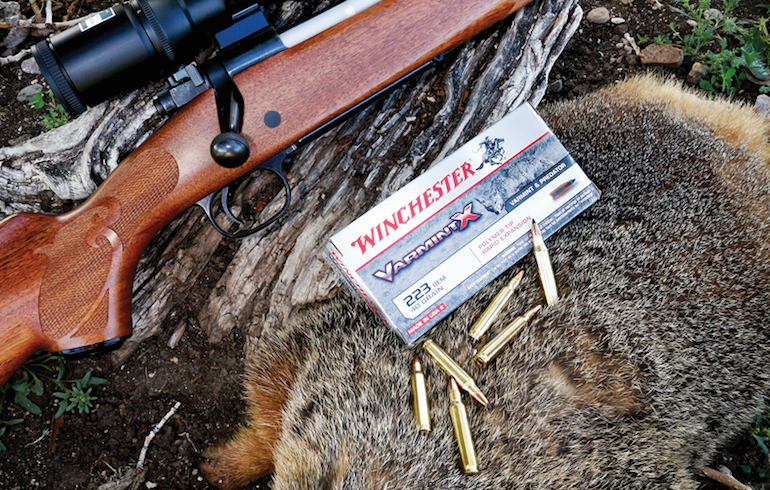 The .204 Ruger is another super-fast load ideal for small animals such as ground hogs and foxes. It’s capable of sending a 32-grain bullet at over 4,200 fps and does so quite accurately. Ammo choices can be limited for this caliber, but as a good choice in windy conditions, those who use it are typically big fans.

As the most common chambering found in the popular AR-15-style rifle, the .223 Rem. has also become one of the most ubiquitous calibers found on today’s predator hunts. Ammunition is easy to find, relatively affordable and is in all honesty, a very decent varmint cartridge—particularly as companies like Winchester have sought to improve bullet performance specifically for predator hunters with brands such as their VarmintX ammunition. With a proper rate of twist, it is capable of shooting heavier bullets in windy conditions despite not being as fast as the two previously mentioned loads. It’s a favorite among coyote hunters and can perform well up close and as far out as 400 yards.

A more versatile load than rimfires since as a centerfire it can be reloaded, this is a popular load for medium-sized varmints. A 35-grain bullet boasts a muzzle velocity in excess of 3,100 fps and ammunition is widely available. As varmint calibers go, the .22 Hornet still only offers a more rimfire-like range good out to around 200 yards accurately.

Getting to the larger end of the caliber spectrum for predator hunting, the .243 Win. is larger than the beloved .22 caliber and serves as a great dual-purpose caliber for those hunters looking for a do-it-all caliber for deer-sized game as well. This is an extremely popular caliber, particularly for coyotes, and sends a 58-grain bullet in excess of 3,400 fps. It’s a great windy day cartridge and is ideal at targets out to 300 yards, though accurate shots out to 800 yards are not unheard of. It’s probably more gun than a prairie dog hunter wants to shoot volume with. 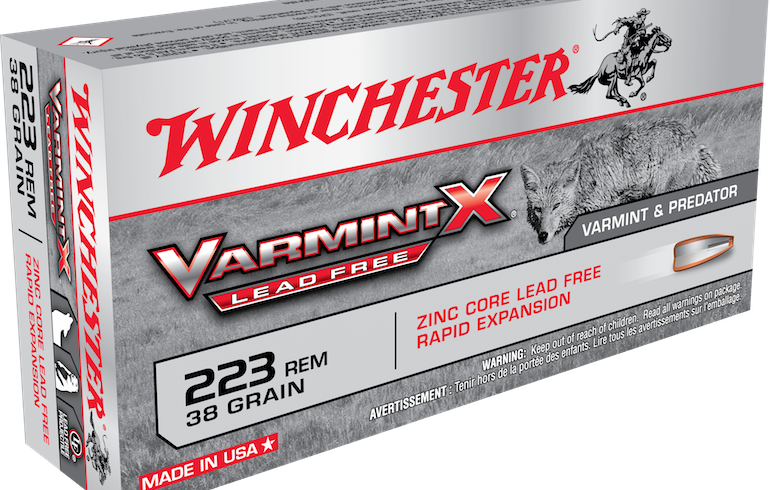